The History of Bounce Houses – Where It All Began 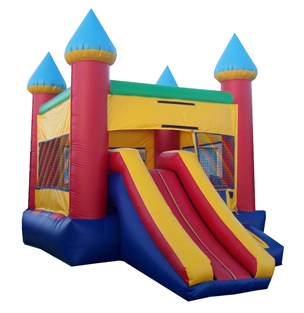 They are called a dozen names, but have one meaning….fun. Since 1959, Bounce houses have been a welcome treat to birthday parties, festivals and any event indoor and out. These party pleasures have spread across the globe and have kept millions of kids occupied and entertained for hours.

How did such a great idea come about?

Bouncy House history is what you would expect, all smiles. It started back in 1959, Shreveport, Louisiana. There lived John Scurlock, an Engineer at NASA, who was applying mathematical concepts to plastic materials. John’s inventive side took over and he set off as an entrepreneur by creating and selling products  like inflatable signs, tents, and domes along with an air cushion to safely catch people from high falls.

You know the rest of the story right?

The story goes….One day while testing concept inflatable covers for tennis, Scurlock looked up and found his team “bouncing” up and down on his experimental tennis court covers, giggling and having fun.   The rest, as they say, is history as kids quickly took to the idea.  And Scurlock didn’t disappoint as the inventor expanded this concept to entertain children. 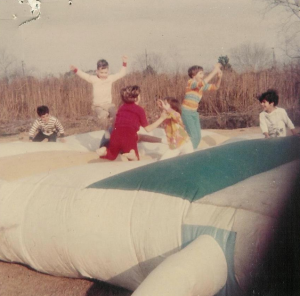 Scurlock advanced the fun movement by making up clever titles for the bounce houses.  Some of the first bounce houses were coined “Space Walk” and “Inflatable Zoo” during the late 1960s as these pressurized inflatable enclosures were turning up at company picnics, school fairs and kid’s birthday parties.

Meanwhile, various bouncy house manufacturers jumped on the bandwagon and this new enclosed “inflatable trampoline” was officially launched in mainstream America and at various locations overseas.

For example, there are images of children bouncing in inflatable houses in all parts of Europe, in South America and even in China.

A House of Many Names

What is the right name for a “Bounce House?”  Well, that depends what part of the world you are from.  Here is a list of commonly used names:

No matter what kids call them, they will agree they are all fun. That is the one thing about bounce houses that has not changed since the Sixties. 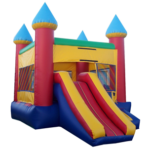 Bouncer Rentals 4 You is the way to go! Look no further! From the initial phone call to the very last interaction, they were truly amazing!! They answered questions patiently, explained all details clearly, and had great prices!!! Delivery and pickup were right on schedule as stated, and went very fast and smoothly! The actual party was a hit! Table and chair rental, as well as a clean big bounce house! Very happy with their service! Will be using them again!

Thank you so much for making my son's birthday such a blast! I will be sending some friends your way. Everyone had such a great time.

We ordered a bounce house for my daughter's 5th birthday and they did a great job setting up and taking down after the party. They had great customer service and were on time. The jumper was also very clean. Thank you!